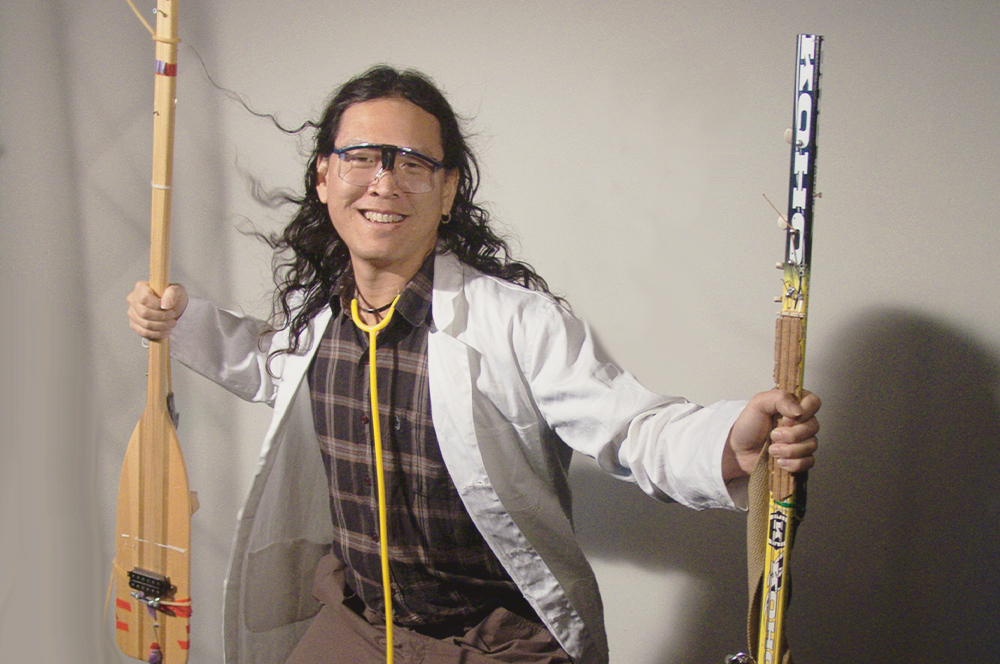 Andrew Kim is a children’s entertainer, multi-instrumentalist and instrument inventor with over 30 years’ experience studying music from various cultures. As the sitar player for the popular band Delhi 2 Dublin, he toured the world and performed for the prime minister, British royal couple, BBC, and MTV India.

As Andy the Musical Scientist, he has created his own unique inventions such as the Moroccan hockey stick, Musical skateboard, Singing spoon, and has brought these instruments to hundreds of BC schools. He has also performed on these instruments numerous times for CBC (including 2 documentaries), and also appeared on an album by Raffi.