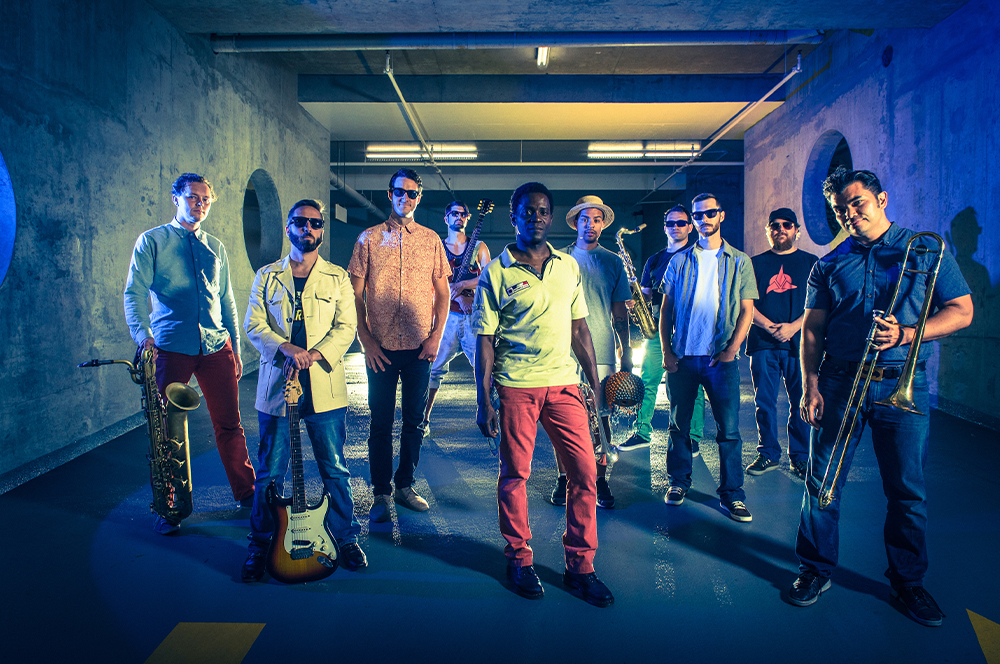 Camaro 67 brings together classic Afrobeat influences (Fela Kuti, Tony Allen), and modern Afrofunk / Groove sounds (Antibalas, Budos Band, The Herbaliser) to produce a propulsive, high-energy, made-in-Vancouver heavy funk experience. This explosive 10-piece instrumental group debuted in the fall of 2015, picking up from where Miami Device (BC’s premier Afrobeat orchestra since 2007) left off. In their first year as a band, Camaro 67 released their 9-track debut album “Burn Rubber, Not Your Soul”. They quickly followed this up with their second full length album “Still Burning” which was released on June 1st, 2018. The band has been featured at festivals throughout BC including the Vancouver International Jazz Festival, Celebration of Light, the Vancouver Dragon Boat Festival, Winterruption Festival, Garden City Grooves, and the Wapiti Music Festival. They have shared the stage with with reggae legend Alpha Blondy and local groove-music heavyweights Emily Chambers, Wooden Horsemen, Kutapira, Love You Miss You, and Bazooka Picnic.