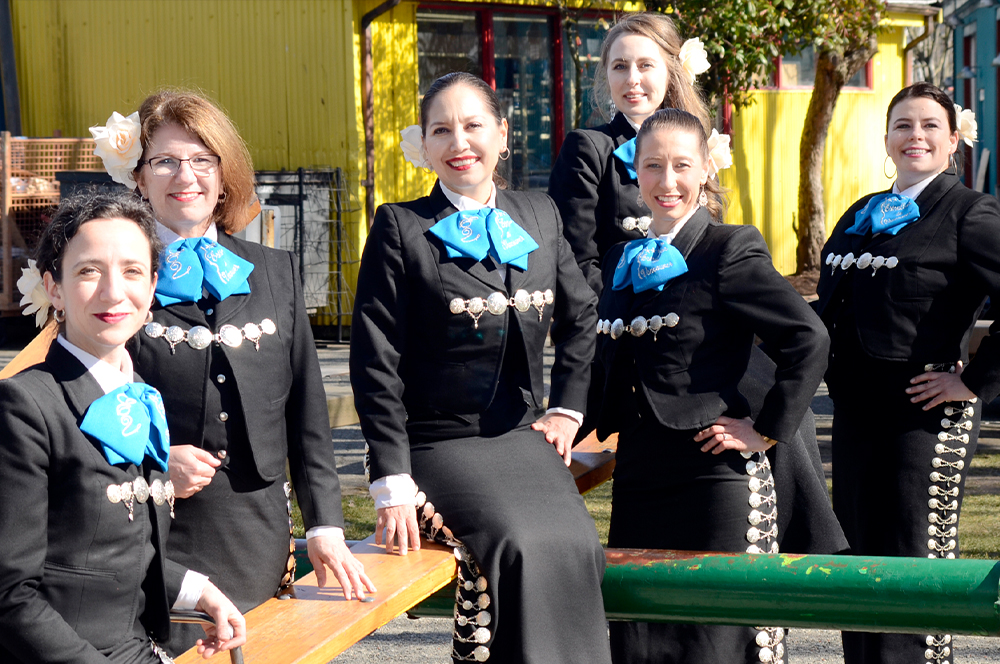 Formed during the summer of 2014 by Michelle Cormier, Mariachi Las Estrellas is comprised of a diverse, talented, and dedicated group of women musicians from a variety of backgrounds, including players from classical, jazz and world music. While all of them are involved in a variety of different projects, they came together out of their common love for mariachi music. The ensemble’s goal is to explore, in depth, the music of Mexico, a culture rich and varied in its musical traditions.