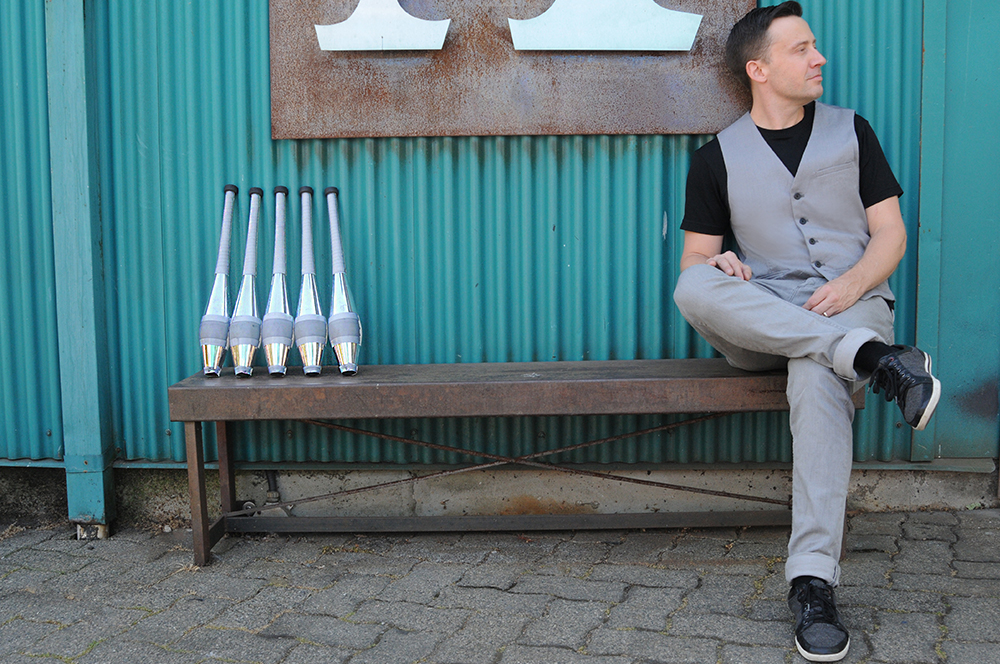 As a child growing up in Madison, Wisconsin, the heart of America’s heartland, Matt came across the classic learn-to-juggle bestseller Juggling for the Complete Klutz and threw himself whole-heartedly into this odd pursuit.

He began his career busking on the streets of Manhattan, and later moved to Orlando Florida, where he performed his one-man show more than 8000 times onstage at Disney World. He continued to expand his technical repertoire as well; his hard work was rewarded in 2001 when he bested dozens of other world-class competitors to win a World Juggling Championship.

Since then, Matt’s unique brand of wit and skill has kept him in demand around the world, from corporate boardrooms to the cruise ships, from circuses to symphony orchestras, from Vancouver to New York to Hong Kong to London to Tokyo and back again!