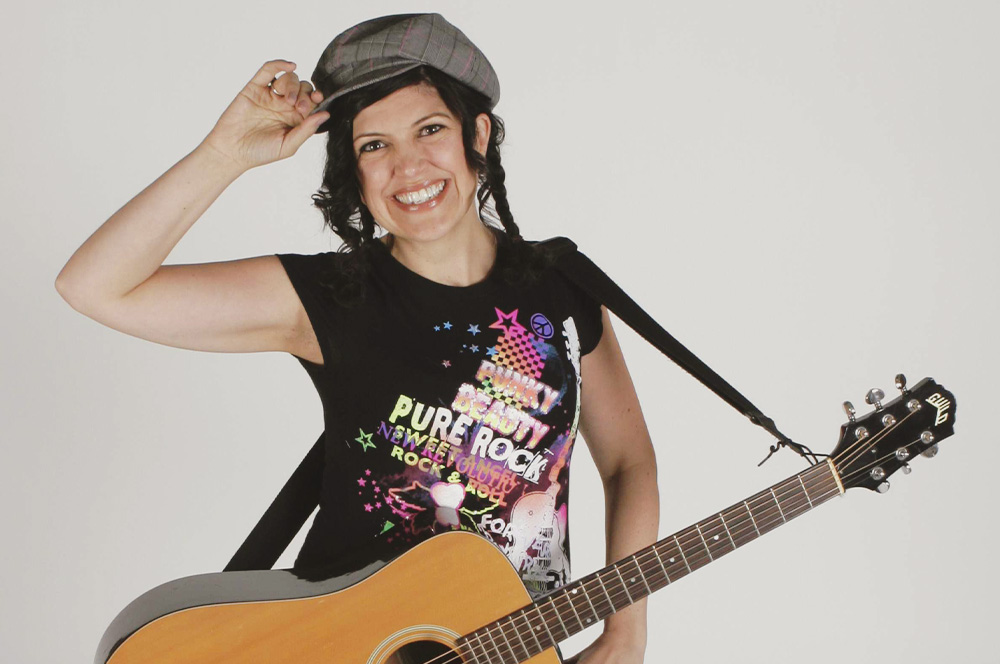 Described as one of the ‘Best Performers of her generation’ by the Vancouver International Children’s Festival, Marnie Grey performs funky, educational and interactive tunes that puts ants in your pants! Each song tells a story and has an action, keeping children focused and physical. Instantly, children will be dancing, singing and signing along. Music with Marnie is Music that makes you MOVE! To find out more about this wildly entertaining children’s entertainer, her four award winning children’s albums, and to watch her videos, visit www.MusicwithMarnie.com
Ages 1 – 8 years.

“One of the hottest entertainers around”
– Elizabeth Shaffer, BC Parent Magazine