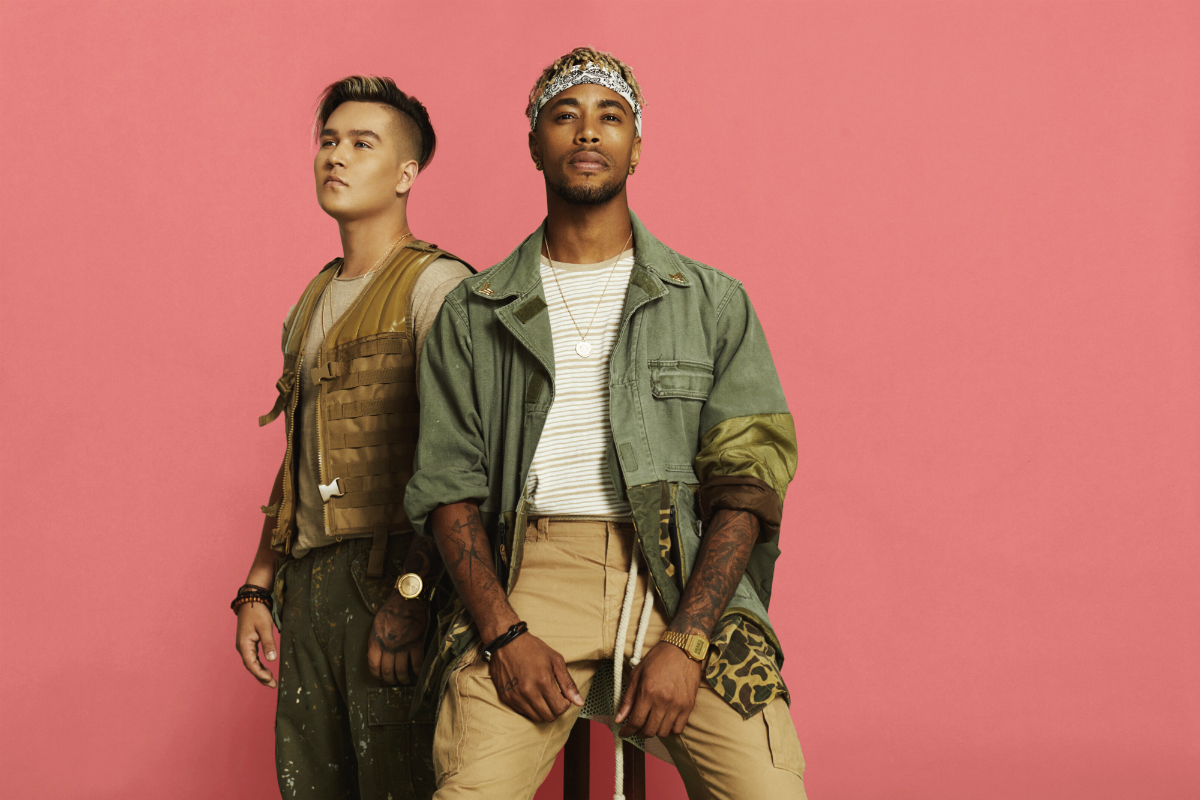 The blueprint for Neon Dreams’ music is simple. “A well-told story, a beautiful melody and some emotional chords are what we aim for. The genre doesn’t matter to us as long as it makes people feel something,” explains frontman Frank Kadillac.

Since 2014, the Halifax duo (Kadillac, Adrian Morris) have followed those simple steps with cumulative success, including a win for Best New Group or Solo Ar>st at the 2017 Canadian Radio Music Awards, a performance at the Juno Awards, their own Warner Music-backed record label Dreaming Out Loud, and even a spot on Prime Minister Justin Trudeau’s summer Spotify playlist.

Known for their high-energy live performances and irresistible, radiofriendly bops, Neon Dreams first turned heads in 2016 with their gold certified single, “Marching Bands.” Two EPs – 2016’s To You and last year’s Wolf, Princess & Me – followed, settng up the band’s anticipated debut full-length slated for early 2019. Much like with each release to date, their new music takes the listener through the Neon Dreams experience, an exhilarating trip that defies genre pigeonholing, as they draw freely upon pop, rock, EDM, hiphop and reggae elements, integrating and blending them in a seamless and thrilling fashion.

Kadillac credits a soul-cleansing trip he took to Nicaragua earlier this year as a major leap forward for him as a songwriter. “Nicaragua was a therapeutic, spiritual journey for me,” he says. “I didn’t know what was my next step in life was, and then this camp came out of nowhere like I was invited to Hogwarts.”

From that experience came a flood of creatively and inspiration, a confident step forward for a group that continually pushes the envelope with their genre-blurring music. “We’ve been experimenting with a lot of our production, writing and brand,” adds Kadillac. “Now that we have solid team supporting us you can expect this album to be an emotional rollercoaster of music. This
>me around we aren’t just giving people a bunch of different genres, we are giving them a mood.”