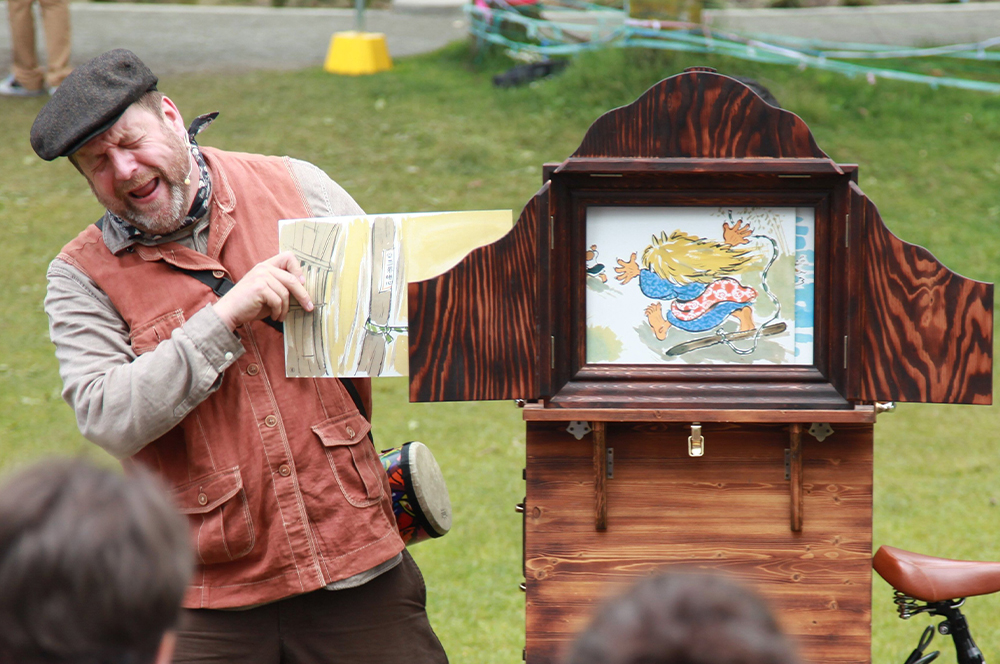 STORIES on WHEELS is an original storytelling act for the whole family. The show is based on traditional travelling street-theatre show from Japan. Today’s “Middle Eastern Tales” feature folk tales from Syria, and are accompanied by Bero Saker playing the Oud, a Middle Eastern Fretless guitar.

Pangaea Arts is an award-winning intercultural, interdisciplinary world arts organization, formed to promote cultural interaction and the exchange of ideas between diverse communities and to introduce Canadian audiences to performance traditions from around world. As well as producing stunning world theatre collaborations, Pangaea Arts has brought a wide range of Theatre for Young Audiences to elementary schools, festivals and communities.