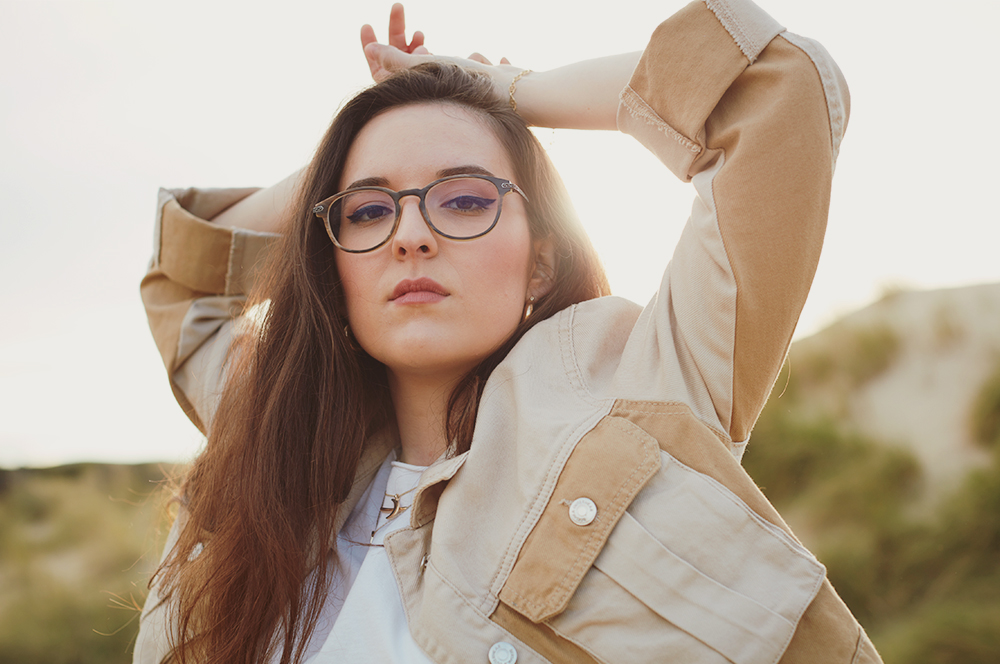 In the quiet remoteness of her home recording studio, Veronica Fusaro developed her
characteristic soul pop sound and the bluntness of her songs. She then stepped into the
spotlight in 2016 with her self-produced EP “Lost In Thought” and surprised the Swiss
music industry by winning the “Demo of the Year” at the M4Music-Festival. She was then awarded “Best Talent” by the national radio station SRF3 and was nominated for the Swiss Music Awards 2017. Touring ever since, her music matured with the euphoric reactions of her listeners. On small and large stages, from New Zealand all the way to London back to Switzerland, Veronica Fusaro captivates audiences by building sound structures with live multi-instrumental loops – or by simply standing at the edge of the stage with her guitar and singing her songs with her affecting voice. Her second EP “ICE COLD” was released on February 9th 2018. With the single “Better If I Go” Veronica performed at the Swiss Music Awards at the Hallenstadion in Zurich, was invited to the Winter Olympics in Pyeong Chang and played two showcases at The Great Escape Festival in Brighton. With the experience of 136 shows in 2018, 2019 is set to be even more exciting. The young musician from Switzerland shines with new songs on the stages of the world, skillfully balancing between the depth and playfulness of her music: pure, powerful and intimate.